My cancer diaries: Pain and gain of hair loss 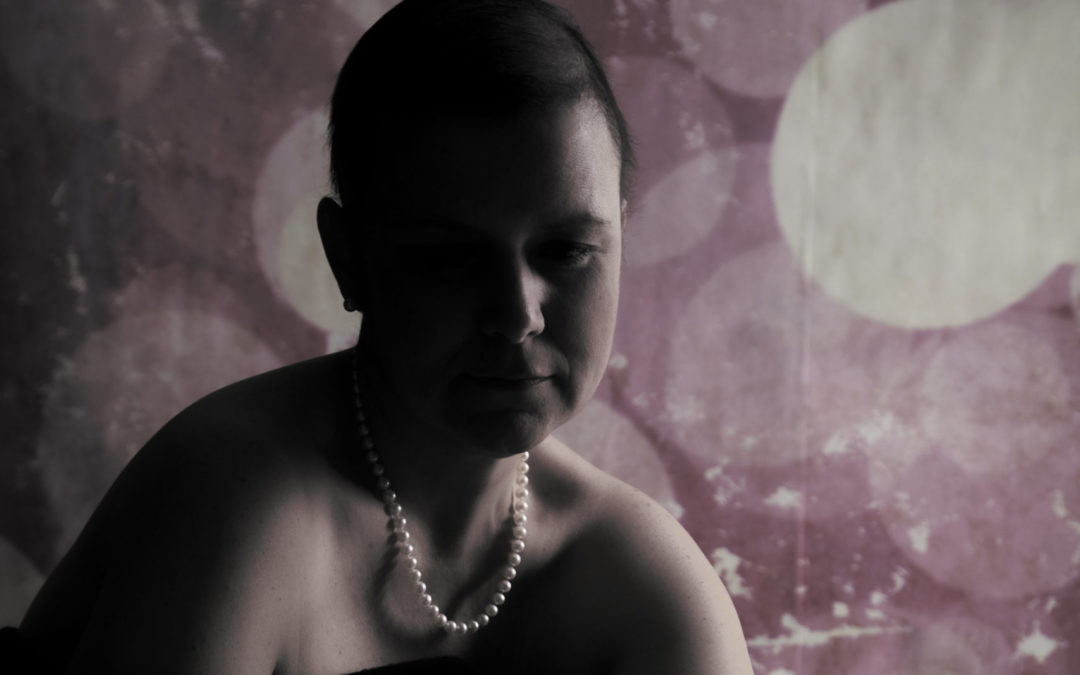 She ran a comb through her hair. Her beautiful glossy long hair. At almost 40 she had no greys. Her hair had always been fine, but over the years she found her style and enjoyed the crown of her womanhood.

As the comb raked her hair, a bunch of them fell like autumn leaves. More than what she found on the pillow this morning. It’s time, she thought sadly. And the notion felt like a punch to her stomach. Tears pooled around the crevices of her eyes. She took a deep breath and went to find a nurse.
Don’t cry, don’t cry!
As if they haven’t seen their share of tears here, she grinned inwardly.
Nobody would be surprised or concerned. Crying is a part of an all-inclusive stay at the oncology ward. Still, she didn’t want to cry in front of people…she couldn’t handle everyone feeling sorry for her.
“I think it’s time to shave my head,” she said softly.
A young nurse nodded in an “I told you so” kind of way.

The day she had been admitted to the hospital, her doctor advised to shave her hair.

She refused. She knew of women who didn’t lose their hair due to chemotherapy. He reasoned that it would be worse to see her hair on a pillow every morning. Maybe he was right, she thought, as she was returning to her room to wait for an attendee with an electric shaver. Behind the closed door, she allowed herself to cry. Her roommate left her to grieve for a minute and then offered the most common and the most pathetic consolation “don’t worry, your hair will grow back.”
It drove her crazy, but what else were people supposed to say.
The ward psychologist came in with a smile and fake encouragement on her face. “So, I hear you’ve finally decided to shave your head,” he said as a teacher who praises his pupil.
Fuck you, she thought.
The psychologist gave her an “understanding” look and a smile, which felt so annoying that she stopped crying.

She stood up, walked to the bathroom, opened the tube with a brown foundation, and squeezed a tiny bit on her fingers, she dabbed it on her face slowly and systematically. With a brush, she applied powder highlighter and finished up with a pink blush on her cheeks. Finally, she carefully put mascara on her lashes.

“God, I’m beautiful,” she said, observing herself under the fluorescent light of the small, outdated hospital bathroom. A warm feeling illuminated her body. She had never thought of herself as beautiful, let alone voice it. This was the first time. And she meant it.

As the locks of her hair dropped to the floor, tears were falling down her cheeks. Was the mascara waterproof?  The last thing she needed now was to turn into a clown. The attendee, like the others before, reminded her that her hair would grow back.
Are all these people really thinking this is a vanity issue?

Don’t they understand the meaning of hair loss?

What does her hairless head mean?
Like a scarlet letter, she is marked now, for everyone to see that she has cancer. Until now, this was a private, intimate matter. She’d carefully decided whom she would share her struggle with. Now, she would walk out of the hospital and people would immediately see that she was an oncology patient. Shaving her head is not about losing hair. It’s about losing her privacy. It’s about finding the strength now to respond, or not respond, to sorry looks on the street. She could as well walk with a sign on her forehead. The world would know now.

When she saw herself in the mirror again, she smiled. She was beautiful. She had never known her skull had such a well-proportioned shape. Her eyes were standing out now. She was beautiful. For a brief moment, she felt happy and at peace.
Until she remembered that she was going to have a video call with her kids. She panicked. She should cancel. They can’t see her like this. Her heart started racing. She called her husband. He refused to cancel.
“Come on, you’re beautiful! I promised them we’ll talk to you today!”

She hung up and pounded. She felt sick. Was she going to vomit? The room was too small. She ran out and started to pace back and forth in the hallway. It wasn’t working. She returned to her room, hyperventilating. Remember to breathe to your stomach, she tried to self-coach herself out of the panic. The computer started ringing. She couldn’t turn away. The kids were waiting for her. She answered and the video screen popped up.  The kids, cute and happy, ran around and kept talking through each other. Her husband was trying to facilitate the call, but it was a riot. They all laughed, they were loud, and they were together. A family under unfortunate circumstances, but a family. And for a brief moment life seemed normal.
As they started saying good-bye, one of her boys cheered: “Mom, you have no hair! That’s cool!”

PS: This story is personal and while I don’t plan to blog about my cancer experience, I plan to share my life experience, and surviving leukemia is a part of it. Scroll down here and sign up for my newsletter, so I can remind you of new stories. And leave a comment if you enjoyed this story.

You can find out more about which cookies we are using or switch them off in settings.

This website uses cookies so that we can provide you with the best user experience possible. Cookie information is stored in your browser and performs functions such as recognising you when you return to our website and helping our team to understand which sections of the website you find most interesting and useful.

Strictly Necessary Cookie should be enabled at all times so that we can save your preferences for cookie settings.

If you disable this cookie, we will not be able to save your preferences. This means that every time you visit this website you will need to enable or disable cookies again.

This website uses Google Analytics to collect anonymous information such as the number of visitors to the site, and the most popular pages.

Please enable Strictly Necessary Cookies first so that we can save your preferences!