Honey, we don’t have butter! 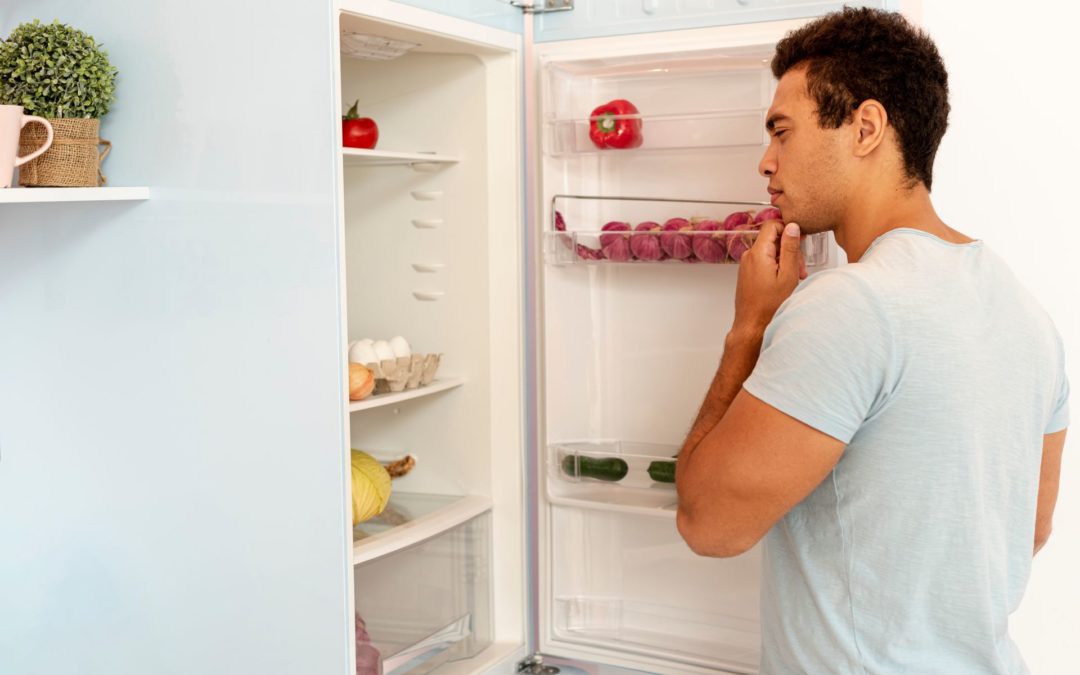 Blue light cast a cold shadow on his face. He scratched his chin as if solving a mathematical problem. She looked up from her comfortable reading chair and immediately knew what’s coming.

“Honey, do we have butter?” he asked, confused and annoyed at the same time. Butter is an essential item, after all!

“We do.” She sighed and rolled her eyes. She watched him moving things around and wondered how long it would take before she would have to get up. To save her man. To conserve the energy. How long must a fridge door be ajar to see the impact on the hydro bill?

“There was an almost whole stick there this morning!” No point in waiting! She threw her book on a coffee table and stood up. Her lost patience propelled her through the room directly to him. Staring into his eyes in a silent duel, she reached inside. Without a word, she handed him the butter and slammed the fridge door.

“Sorry I haven’t seen it!” He mumbled.

A similar situation occurs across many households around the world. It’s estimated that a phenomenon known as fridge blindness affects practically every man. While not as serious as the man cold, the condition is chronic. Research involving spouses from several countries demonstrated that fridge blindness affects men regardless of age, level of education, or social status. What remains alarming is the absolute failure to identify any remedy.

In the last decade, producers of kitchen appliances introduced refrigerators to increase the quality of life in those suffering from the fridge blindness. Couples dealing with this condition hoped for an improvement after the tall, American style fridges (with freezer at the bottom) had been first introduced across the world. Many spouses believed that bringing the items in their fridge to their partners’ eye level would significantly improve or eradicate the said condition. Unfortunately, it was concluded that the design of the appliance has no impact on recovery.

In another study, a group of brave men agreed to add unpacking the groceries to an already long list of their household chores (during the duration of the study, of course). Similar to the designers’ efforts, the method proved inefficient in eliminating the said form of blindness. The participants did remember that the item should be in the fridge, as they themselves had placed it there, but they repeatedly couldn’t find it.

It appears the condition is incurable. As such, the new recommendations for its management suggest that the spouses of men stricken by this selective type of blindness need to adjust, or preferably change, their expectations.

Ladies, use the regular encounters by an open refrigerator for gentle touches, hugs, and kisses. Love can heal all. Don’t spoil your day with a problem that has no solution.

Manage Cookie Consent
To provide the best experiences, we use technologies like cookies to store and/or access device information. Consenting to these technologies will allow us to process data such as browsing behavior or unique IDs on this site. Not consenting or withdrawing consent, may adversely affect certain features and functions.
Manage options Manage third parties Manage vendors Read more about these purposes
View preferences
{title} {title} {title}